PCOS & Fatigue: Why are you always tired?

PCOS & Fatigue: Why are you always tired?

Those who suffer with PCOS can experience ovarian cysts, weight gain, irregular periods, infertility, and a whole lot more.

But one of the most debilitating symptoms isn’t one often regarded as serious or severe: chronic fatigue.

Experiencing chronic low energy levels is anything but an insignificant symptom. When you’re overly tired, you lack motivation, you miss out on important events, and you’re robbed of joy.

PCOS directly affects your energy, but how? Today, we’re discussing all things fatigue. You’ll learn where the low energy comes from and how to relieve the symptoms. Let’s get into it!

Join us in The Cysterhood, a community of women learning how to manage PCOS & lose weight, Gluten and Dairy Free!

While Tallene is a Registered Dietitian and Sirak a Personal Trainer, this podcast provides general information about PCOS. It is not meant to serve as fitness, nutrition or medical advice related to your individual needs. If you have questions, please talk to a medical professional. For our full privacy policy, please click on the following link: (bit.ly/PCOSPrivacyPolicy)

Links included in this description may be affiliate links. If you purchase a product or service with the links that we provide, we may receive a small commission. There is no additional charge to you! Thank you for supporting our channel so we can continue to provide you with free content each week!

Your cells because we have PCOS, don’t have that 40 to one ratio of Myo and D chiroinosytol that we need in order to be better at insulin sensitivity. We as women with PCOS, we struggle with having enough omega three, and this contributes to insulin sensitivity. And that’s why these supplements that we talk about when it comes to Metabolism Plus or Ovacetol, that’s why we talk about these, because they’re kind of filling those nutrient gaps that make it so hard to change our diet sometimes.

Doctor said you got the co.

It’s been quite a morning, sisters.

Another perfectly timed episode. That was not intentional, but we’re having a rough one today, as you can tell from my voice.

We are as it turns out, our supplements are delayed a couple weeks yet again, and we just feel really bad because everyone’s so excited to get these supplements at their door. And Santa slay is delayed.

It’s not broken down, it’s delayed.

Let’s not be dramatic.

First, seriously, I’m over here like, okay, there’s nothing I can do about it except profusely apologize.

Yeah, well, to give a little background on what happened, so basically, when we launched, we did a pre launch in September, and of course we had as many ready as possible, but we sold out and we got a lot of extra orders. And of course, we sent those people emails saying, hey, we’re going to have it ready in November. Sorry for the delay. And of course, there’s always an option to cancel. And for those who are still waiting, we’re waiting for November. And then yesterday, I emailed the warehouse, I’m like, hey, guys, bring it out today. And then I get this email that says, I have some bad news for you. The curcumin supplier has been delayed. Therefore, as you know, metabolism plus is composed of four supplements. One of them is curcumin, and without it, we can’t ship the whole thing out. So we had to delay it for two weeks.

It’s frustrating for us, of course, and we know how frustrating it is for the sisters who ordered it. We totally understand. For anyone who is annoyed of the delay and things like that. So I just want to say for everyone who ordered their Metabolism Plus, we completely understand if we’re in your shoes, that’s what we would be frustrated too. But just know that we’re just as frustrated with the whole situation. It’s just like, completely out of our hands.

Let’s all just sit back and watch CDK handle this for us.

Yeah, anyway, well, for those waiting, we hope you keep reading. If not, please email us and we’ll definitely help you out. So with that being said, let’s jump into the episode, which is send it over. Oh, you didn’t get the episode, Doc. Tell me. Oh, come on.

We’re going to talk about fatigue today and how stress can contribute to fatigue and the cycle of needing coffee. More fatigue, more coffee.

Let’s turn it into a positive episode because obviously you can see we’re frustrated, but obviously, at the end of the day, we’re trying our best and we just got to go through and do our best to help as many as possible. Right, Tom?

Having PCOS makes us more prone to symptoms of fatigue because of the hormonal imbalances happening. So a lot of times when you have PCOS, you have cortisol dysregulation. That’s when your stress hormones are all dysregulated and high when they don’t need to be and low when they don’t need to be. And that contributes to you not being in energetic mood when you should be throughout the day. We should have natural energy. Why shouldn’t we? We shouldn’t depend on caffeine. Our body should be able to generate energy. And that’s metabolism, right? Metabolism is when your body is able to generate energy from the food you eat and from the way that you workout.

And so on in the way that you move your body. And having fatigue has a lot to do with your metabolic function. And we always talk about weight loss. Sure, that’s a result of improving metabolic function, but so is having more energy and not being as fatigued.

Yeah, absolutely. And when we look at the reasons women with PCs will fatigue, we created a list of seven and we’ll kind of go through each one, but just to kind of give you the seven right now and then before we go through them. Number one is irregular sleeping patterns under active thyroid iron deficiency anemia. Number four is low vitamin B, twelve, or vitamin D. Number five is insulin resistance. Number six is PCs medications, and number seven is depression. And starting with the first one, irregular sleeping patterns obviously makes sense. If you’re not sleeping enough or properly, you’re going to feel tired. You know, that means, you know, like your circadian rhythm, meaning your cortisol hormone and your military hormone is going to be off sync. So that’s going to cause you to be tired throughout the day. And then the next one time is under active thyroid. Break that down for us.

When you have hypothyroid, which is one of the PCOS types, it looks like if you have only hypothyroid, you have a lot of symptoms similar to PCOS. Often people have PCOS and hypothyroid together. That’s not very uncommon. And your thyroid controls your metabolism and the way your body produces energy. So if it’s hypoactive and it’s not working properly, then not only are you going to lose weight slower or not at all, but also you’ll feel fatigued because you’re not able to create energy for your body. And then the third reason why women with PCOS get fatigue is because of iron deficiency anemia, which seems to be very common a lot of times. When we’re sensitive to foods like gluten, it can inhibit our ability to absorb nutrients like iron. So that’s definitely something to consider if you struggle with iron deficiency anemia. See if, when you cut out gluten, that helps.

Yes. And related to number three is number four, which is having low vitamin B twelve, or vitamin D, both of which deficiencies have been linked to chronic fatigue. So get your labs checked, make sure that you are good in all your vitamins, iron B twelve, vitamin DB, everything. And the next one is insulin resistance.

Insulin resistance is basically when your metabolism isn’t working properly. And again, you’re not creating that energy for your cells. Your cells should be communicating with insulin. Insulin should be giving ourselves the sugar that’s broken down from the food that we eat so that our cells can burn it up and use it for energy so we don’t gain weight. And when we’re insulin resistant and our cells can’t communicate with insulin, then we end up gaining weight in the midsection. We aren’t metabolizing what we’re eating very well insulin remains high. We get cravings and fatigue and the list goes on. So if you ever feel like after a meal you just need a nap, it may have been too high in carbs and you may have insulin resistance and good old Acetyl can come in here and help.

Did you hear about that sister who took Ovacotol and finally got her period after a year of not having one?

Incredible. I see those kinds of messages on Instagram a lot. How does that even happen?

Well, Ovacotol helps with healing insulin resistance, a common root issue that most PCOS sisters have. And by targeting insulin resistance, we’re seeing sisters kick those crazy cravings, finally regulate their periods Ovulate and improve their egg quality. Each packet of Ovacetol has a 40 to one ratio of Myoinoscetol and Dkronosytol. This ratio is similar to the ratio that should be found in the body. But with women like me who have PCOS, this ratio is often imbalanced. So taking a vastol can be super effective in treating insulin resistance, starting from the root of the issue.

So awesome. It tastes like nothing. So just warn me when you put it in a cup so I don’t drink it.

You got it. Boo. Check out the link in the description to get 15% off your order.

The next reason was PCs, medications and a common prescription I’m sure everyone listening has heard of is metformin, which is meant to treat insulin sensitivity. You know, I got to say it like that. Insulin sensitivity and reduce antigens. So deployment, metformin again. Well, sorry, I totally lost my track of thought and I repeated what I said. I’m just going to so metformin is meant to treat insulin resistance and improve insulin sensitivity. But what this can cause is vitamin B twelve deficiencies and also be birth control. Birth control can also cause vitamin deficiencies, such as, I believe, B Twelve as well, and B six and other ones as well.

We got you! here’s some tips and tricks
on staying focused on your diagnosis. 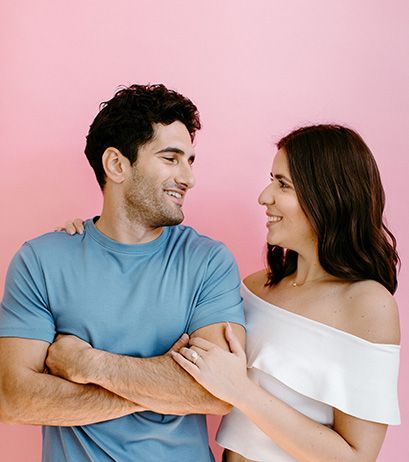 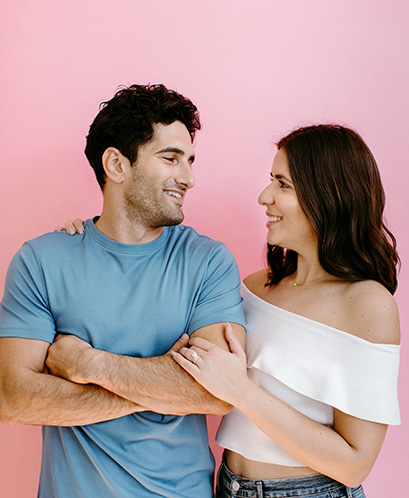